Ok, so, a little post earlier this week (Tuesday) I wrote to tell the world we had 20 buds…..

I’ve just spent a hugely pleasant couple of hours in the greenhouse staking, tieing in and removing a few dead leaves.  Oh yes, and watering.

The bud count is now 46 – so well over double that meagre 20 in just 4 days.  Also impressive (or worrying!) is the rate at which the spikes run up.

I also had an impressive looking plant that I’ve had to weed out.  When I could see the buds, there they were fat, proud – and hugely fasciated.  Darn – one of my best plants gone for a burton.

But never mind.  Remember the possibles that I left in the old greenhouse?  Well, they’re doing quite well and the combo of liquid feed and a top dressing of Vitax Q4 (magic stuff if you’re a delph) has worked wonders.  I feel sure a few of these plants will make it to Chelsea.

Of course – if a few plants are early and a bit ‘gone over’ for display, some surgical skills to remove the shabby florets should leave me with a bunch of flowers for display on the table.

Better still are the few seedlings that I put in the greenhouse.  I wasn’t too sure these would do much but they’ve progressed well with feeding.  Even betterer is that they were sown after last year’s Chelsea – I feel a small vase next to the ‘Seed for Sale’ sign coming on.

Today’s been one of those days – absolutely fab!!!  I’m now pretty convinced well have some nice flowers for the show and a realisation that we’re building a stand for the world to see at what is, after all, the best flower show in the world!

Til next time, Mark. 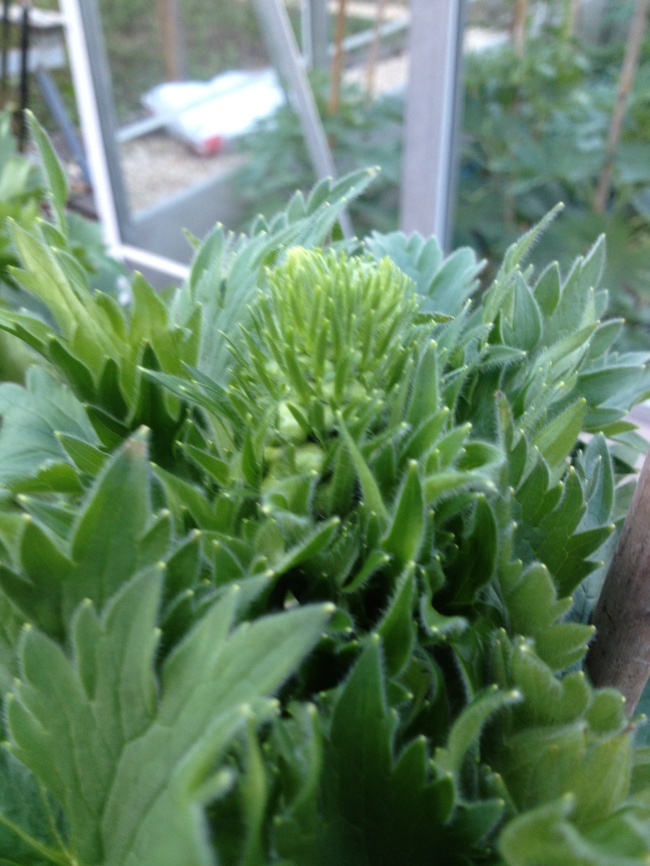 By the way – I like lots of other plants too – and here’s a real beaut! Sanguinaria canadensis ‘Plena’ 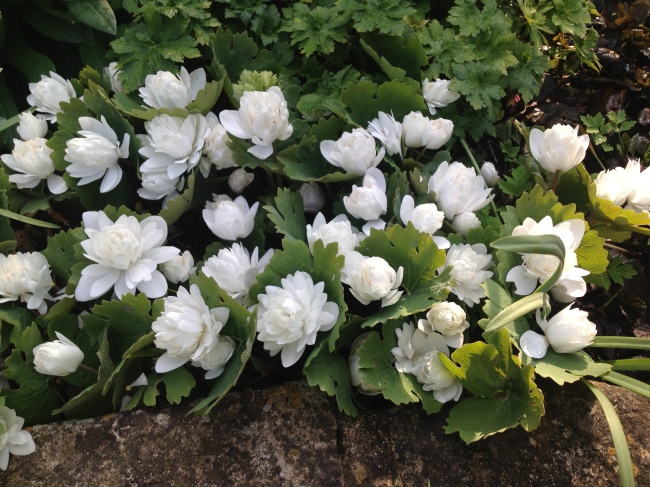